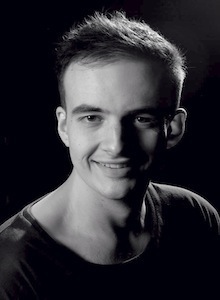 After taking a break from acting after finishing high school, Alex appeared in three productions in 2013: Visiting Mr. Green for St. Jude’s Players, Vanity Fair for The Rep and our previous production, The Lady in the Van. He is looking forward to the challenge of working on Inheritance and the opportunity to work alongside such a talented group of people.Alex is studying Secondary Education at Flinders University (majoring in English and Biology) and also works part time for a flavour manufacturer, tasting and evaluating new flavours in the lab. He is also an avid lover of film and writes online film reviews.