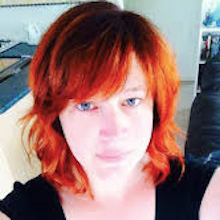 As a devoted fan of Nick Earls, Carly made a promise to herself years ago that, if ever a play based on this author’s work came up, she would jump at the chance to be involved. So, being cast in Zigzag Street, particularly as Rachel, represents a big tick on Carly’s bucket list!  A children’s librarian by day, Carly lives with her two sons, two cats and a dog all of which keep her busy and entertained along with her interest in music. This production marks Carly’s return to the stage after a long break with previous theatre appearances including The Boyfriend, A Funny Thing Happened On The Way To The Forum, One Flew Over The Cuckoo’s Nest and A Midsummer Night’s Dream. Carly has also appeared in film clips and movies by Nima Nabili Rad. This is her first performance with The Stirling Players.