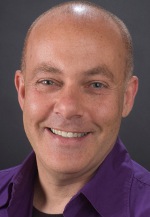 Dave Simms directed The Stirling Players sell-out show, The Lady in the Van, in 2013, and we're thrilled to have him return to direct another Australian premiere production for us.

From 2003 to 2011 Dave was at the helm of Mixed Salad Productions, acting and directing many of their award-winning, and critically acclaimed,  productions including Rabbit Hole, Torch Song Trilogy, The History Boys, Lips Together Teeth Apart, Two Gentlemen of Verona and Feelgood. He has directed many award-winning productions including All My Sons and Dinner for Adelaide Repertory Theatre.  He has also been a director at St Jude’s Players.

"I’m excited about tackling a romp", says Dave about The Beaux’ Stratagem. "I’ve always wanted to make actors run around the theatre and now’s my chance!"