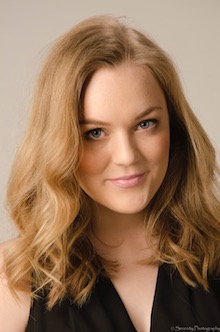 Ellie McPhee’s love of acting began at the young age of 5, when she would perform small skits for anyone who would listen. She has trained
at Actors INC, SA Casting and with Tony Knight and loved being involved in musical theatre at school. Whilst studying Law and Media at the
University of Adelaide, Ellie put her love for acting on hold. She has recently played the role of Sheena in the UATG’s The Peach Season,
Alais in Therry’s Lion in Winter and Maria in The Sound of Music for the Henley Drama Group.  Her dream role on stage would be to be one of the
companions on Doctor Who, while off stage she loves reading historical fiction.