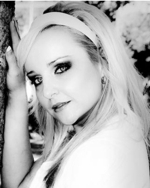 Julie's love of acting began on the stage from an early age in Brisbane. In 2007 Julie made the move to South Australia and was selected to play the lead role as a Hit Woman in the feature film "The Counterpart". Director Lucas Scheffel was so impressed with Julie's performance he offered her two additional roles in the film as The Seductress and Jacinta.

Since her debut on film, Julie has secured roles in many short films as well as a regular spot on Channel 31 as the host of "The Notice Board". For more information visit www.juliedickson.net