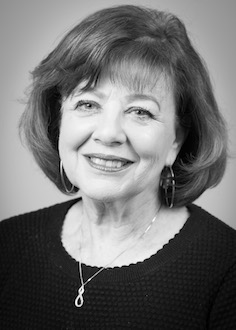 Julie has been involved in local Adelaide theatre for some 37 years. She last appeared for The Stirling Players in Variation On A Theme, and prior to that in the Australian play, Inheritance, and the mystery drama, Beyond Reasonable Doubt.   Keeping within the Stirling Community, she played Fraulein Schneider in Cabaret for the Hills Musical Company and has appeared in other musicals such as Oklahoma and Grease for local city companies.

Favourite roles have been in the award-winning plays, All My Sons (Adelaide Repertory) and Adelaide Theatre Guild's Who’s Afraid of Virginia Woolf ?, in which she played Martha, and won both the Adelaide Critics' Circle 2015 Individual Award and the 2015/16 Curtain Call Award for Best Female Performer. Last year she performed in Don Parties On for Red Phoenix.

Julie is very excited at the prospect of working with Kevin and The Stirling Players once again this year.