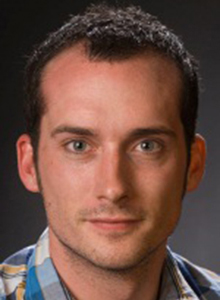 Lee has performed on The Stirling Players’ stage most recently as Lt Ralph Clark in Our Country’s Good in 2016, and previously as Richard Derrington in Zigzag Street in 2015 and Alan Bennet in the sell-out season of The Lady In The Van in 2013.

Elsewhere, he's played Greg in Relatively Speaking, The Tin Man in The Wizard of Oz and Sergeant Trotter in The Mousetrap, all for Therry Dramatic Society.

Lee performed in several Mixed Salad Productions as Simon in Feelgood, Tony in Out In The Open and Irwin in their multi-award winning production of The History Boys.

In 2017 he played Edward Ferrars in in Blue Sky Theatre's production of Sense and Sensibility and Pom in the Australian premiere of Our Boys for the Adelaide Repertory Theatre. Earlier this year he once again performed with Blue Sky Theatre playing Joseph Surface in School for Scandal.