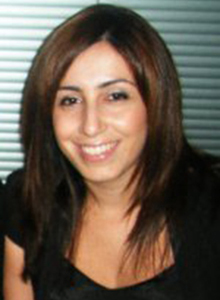 Melissa Esposito is a new comer to the South Australian theatre scene and is thrilled to be involved in her first production for The Stirling Players. A keen student of the creative arts, she performed in a number of plays during her high school years and has also completed various acting classes in Adelaide and Melbourne and is excited by the opportunity to bring her character of Jane, the Social Worker, to life.

Meliisa is currently working full time in administration at the UniSA. Outside of work she enjoy playing tennis, going to the gym and catching up with friends either at a new restaurant, bar or café. She loves travelling, lived over in Japan for a year and thinks she will have the travel bug until the day she dies.