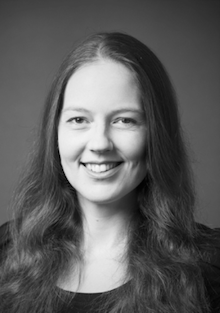 Miriam has been involved in the Adelaide amateur theatre scene since moving here in 2001. In that time she has worked with a wide variety of companies, both on and off stage. Her recent roles include Sister James in Doubt  (St Judes’), Miss Bennett in The Unexpected Guest and Angela Snow in The Darling Buds of May (both for Therry Dramatic Society). She has appeared in two very different Shakespearean offerings with the University of Adelaide Theatre Guild: as Catesby in Richard III and the balladeer Balthasar in Much Ado About Nothing.  Miriam was last seen on stage at Stirling in the 2014 production of Collaborators, playing Praskovya. She has been on The Stirling Players’ committee for three years and took up the position of President in 2014.