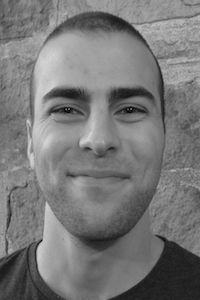 Patrick has long been a member of the Arts community, both in Adelaide and Melbourne. In 2009, he was a founding member of the Chelsea Cinema Action Group formed to preserve a key part of Adelaide’s cinematic history. He later relocated to Melbourne where he studied at the Australian College of the Arts obtaining a Diploma of Entertainment Management; during this time he had the opportunity to work closely with some of Australia’s leading music industry professionals. Since returning to Adelaide, Patrick has performed as part of the G&S Society’s 2015 production of Guys and Dolls and the Adelaide Rep Theatre’s 2016 production of The Elephant Man. He has recommenced study in the fields of Journalism and International Relations at the University of South Australia, and in keeping with his passion for the Arts, has orchestrated yet another preservation movement, this time for Adelaide comedy hub Rhino Room. Having performed over the years as a violist, pianist, bass guitarist and vocalist, Patrick has now found his niche in theatre.

In his spare time, Patrick enjoys listening to music, watching art-house and golden age films, revising history, and keeping up with current affairs.