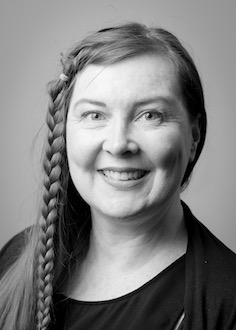 Rebecca has performed in various musical productions including Brigadoon, The Boy from Oz, My Fair Lady, The Goodbye Girl and Love, Lust and Everything in Between.  Her theatre roles include Miss Tipdale in Tea Tree Players’ Not Now Darling, and Mona  in The Stirling Players’ production of Variation on a Theme. Most recently she appeared in the University of Adelaide Theatre Guild’s production of Henry V, Strathalbyn Players’ Curtain Up as Lesley De Vere, as Pegeen Pat in Adelaide Repertory Theatre’s melodrama, Palace of Varieties and in Butterfly Theatre’s Taming of the Shrew. She has also appeared in two AC Arts films:  in Two Weeks as Marnie, and The Line  as Peggy.