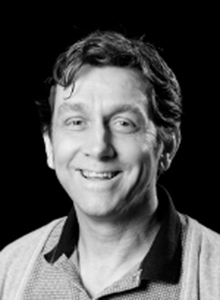 Apart from singing, one of his other talents is mastering different English accents, which he has used to good measure lately. Tim’s most recent appearance was as Mr Brownlow in the G&S’s 2013 production of Oliver! for which he also acted as dialogue coach - a role that he has taken on again, in part, for The Lady In The Van.