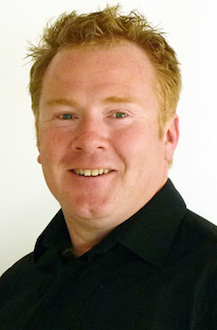 Tim re-established his love of theatre when he moved to Adelaide from Sydney in 2004. His first production was with The Stirling Players playing Will Mossop in their production of Hobsons Choice, for which he was nominated for an Adelaide Theatre Guide award. Since then he has been involved in several other productions, both on stage and backstage, mostly for The Stirling Players - directing Outside Edge in 2007, and acting in One Flew Over the Cuckoos Nest, Scenes from a Separation and God of Carnage. Other productions include Therry’s The Darling Buds of May, playing Pa Larkin (2014) and When the Rain Stops Falling (St Jude's Players, 2016). Next year he will be seen in the Adelaide Rep's production of The Diary of Anne Frank,  playing Otto Frank.

Tim has been looking forward to working with John Graham for some time – and is delighted it can be with at his “home” – The Stirling Players.