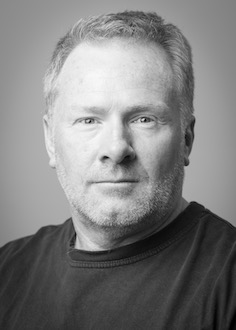 Tim re-established his love of theatre when he moved to Adelaide from Sydney in 2004. His first production was with The Stirling Players, playing Will Mossop in their production of Hobson’s Choice. Since then he has been involved in several other productions, both on stage and backstage, for The Players: directing Outside Edge in 2007 and acting in One Flew Over the Cuckoos Nest, Scenes from a Separation, God of Carnage and Our Country’s Good.

Other roles include Pa Larkin in Therry’s The Darling Buds of May (2014),  Gabriel York in St Jude’s Players' When the Rain Stops Falling (2016), Otto Frank in Adelaide Rep’s The Diary of Anne Frank and President Hale in The White House Murder Case for Red Phoenix (2017).

Tim is delighted to be returning to his “home” – the Stirling Community Theatre – under the direction of the wonderful Hayley Horton. He won't be off-stage for long after Rosencrantz and Guildenstern finishes. As co-founder of Verendus Theatrical, a group established to work on productions that will see the Stirling Community Theatre used more, he will be back at the theatre during March, producing a number of shows for the Fringe@Stirling.