David Hare is one of Britain’s most internationally performed playwrights and Amy’s View is a powerhouse of a play.  It premièred in 1995, and after a sold-out season at the National, it transferred to the West End, and later to Broadway. There was also a revival in 2006 which went on tour in Britain.

In Amy’s View well-known West End actress, Esme Allen, receives a visit from her daughter Amy, together with her new boyfriend, Dominic Tyghe.  This sets in motion a series of events which only fully come into shape sixteen years later.

The play takes the audience on a tense and emotional journey between a strong mother and her loving daughter. The play is set in England and the action takes place over a sixteen year period, from 1979 – 1995

In addition, there will be a Special Anniversary Dinner on Saturday 20th August 2022, preceded by a Radio Show programme of fun and frivolity at the theatre. More information will be available at a later date.

Call for Submissions for 2023

The Stirling Players Inc.seeks submissions from directors for its two major productions in March/April and September 2023
Actual season dates are still to be finalised

Directors should provide details of a maximum of two plays which they would like to be considered for production.

Submissions should include the following:

Prior to final selection, directors may be required to meet with members of The Stirling Players Production Sub-committee to further discuss their submissions.

Submissions must be received no later than 5.00pm on Tuesday, 30th November 2021.
This closing date is final

Submissions should be emailed to the Secretary at spsecretary@skymesh.com.au|
Any enquiries should be directed to John Graham: phone 0404 555 808

Want to be actively involved?

If you would like to be involved behind the scenes for our productions, can write,
hammer, paint, sew or organise, we can
find a place for you in our production crew.
Email us WE WOULD LOVE TO HEAR FROM YOU
at contactstirlingplayers@gmail.com

Or become a member?

As a resident group of the Stirling
Community Theatre, we have been
performing in the theatre since 1972
producing at least two productions
per year.  We would love you to join us.
Click here to learn more

about our activities over the years
in The Stirling Players newsletters.
Click here to Read more

Click here to check up on the exact
location of our Stirling Community
Theatre and learn about parking
availability, special offers from local
restaurantsand how to purchase
tickets for our current production. 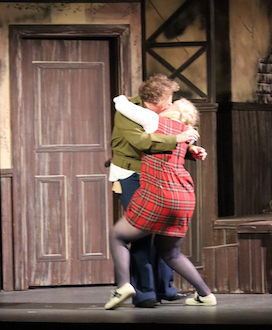