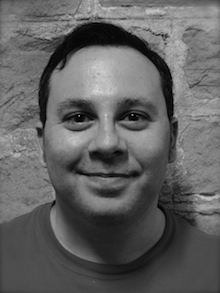 Ben has been involved in theatre since the beginning of 2011 making his stage debut as Thomas Putnam in The Crucible for Gin and Vodka Productions. Other roles include: Cigar in Gypsy (Gin and Vodka Productions), Manuel in The Gingerbread Lady (Galleon Theatre Group), Paul in Moon Over Buffalo (Therry Dramatic Society), Lt. Gruber in ‘Allo ‘Allo (Blackwood Players) and Jim in Away for the University of Adelaide Theatre Guild. Most recently, he filmed a role in the upcoming web series Level 17  and appeared in The Met’s Grease in October 2013.

Outside of the theatre, Ben enjoys costuming as a hobby, creating costumes for all sorts of genres. He enjoys singing, playing the guitar, ukulele and just about any instrument he can get his hands on, and he likes to write music, too. He has also recently rediscovered puppetry and is getting back into creating puppets. As a break from all this creative activity, he is an avid motorsport fan and passes many a late night watching Formula One and Indycar races.

Ben is excited to be taking on such a challenging role in his first role with The Stirling Players.