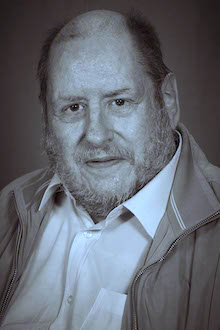 This is the third time that Brian has worked with The Stirling Players. The first was as the irascible Mr Bailey in Mr Bailey's Minder in  2012, and then as the lovable servant, Scrub, in the multi award-winning The Beaux' Stratagem in 2015.

He has been involved in the Adelaide theatre scene for about 50 years, acting, directing and occasionally being backstage crew. Brian has directed the multi-award winning production of Mel Brooks' Young Frankenstein: The Musical for Marie Clark Musical Theatre, and after directing their award-winning Monty Python's Spamalot, took a year off from acting and directing.

He returned with a bang, appearing in Therry's end-of-year show for 2019, One For The Pot; playing Cardinal Wolsey in IpSkip's A Man For All Seasons; directing Shane Warne The Musical for Segue Productions; and performing in his first ever professional stage job on the Festival Theatre stage in 2020's Festival hit Mozart's Requiem (wearing nothing but a smile).

This year, as well as appearing in Cosi, Brian moves onto operetta rather than opera, playing the father in New Moon; and then appearing in the last two shows for St Jude's Players' 2021 season, Ghost Train and The Pig Iron People. Oh, and when not involved with the stage, he can sometimes be found performing at the West Terrace Cemetery in their Night Tours and editing the Arts Section of Glam Adelaide.