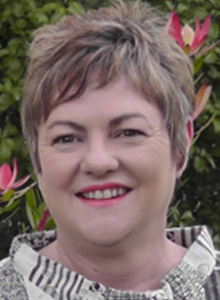 Originally from Lancashire in the north-west of England, Debbie moved to South Australia six years ago with her Adelaide-born husband, John. A couple of years after settling in the Adelaide Hills, Debbie realised one of her ‘bucket list’ items when she got a small part in The Stirling Players' production of Compleat Female Stage Beauty, directed by Megan Dansie. Having ‘got the amateur theatre bug’, she went on to join the SP committee and now enjoys being part of this special ‘family’ with a combination of stage and crew involvement. Debbie’s last stage appearance was in the hugely successful The Lady in the Van and she is thrilled to be part of an incredibly talented cast and working again with Dave Simms in The Beaux’ Stratagem.