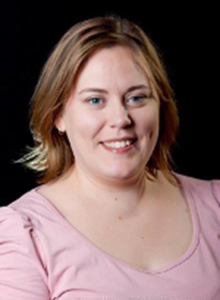 Hayley has been involved with Adelaide's amateur theatre community for a bit over 20 years, first treading the boards at the Stirling Community Theatre with the Hills Youth Theatre in 1991. She is an experienced arts manager/producer having worked for State Theatre Company SA, Urban Myth Theatre Company, the Australia Business Arts Foundation, the Adelaide Symphony Orchestra and the Adelaide Theatre Guide as well as a number of freelance producing/publicity projects.

Hayley’s directing credits include Some Girl(s) (Uni of Adelaide Theatre Guild) and The Gondoliers (G&S Society) as assistant director, and as director of The Sound of Music (Northern Light), One Flew Over the Cuckoo’s Nest (Stirling Players), Musical of Musicals, the Musical! (Toot Toot Productions) and Sweeney Todd: The Demon Barber of Fleet Street (Hills Musical Company). In 2013 she will direct Yasmina Reza’s God of Carnage (Stirling Players) and Little Women the Musical (Therry Dramatic Society). Hayley dedicates all directing credits to her dear friend and colleague, Simon Slade who would have enjoyed animated discussions about these productions.

As a performer, highlights have included Julie in Così (Mayfair Theatre), Sarah Brown in Guys and Dolls, Lady Larken in Once Upon a Mattress and Oolie/Donna in City of Angels all for Northern Light Theatre Company (NLTC), plus many others with the Hills Musical Company, Tea Tree Players, G&S Society and NLTC.