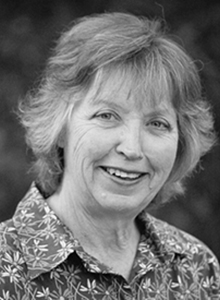 Jill’s stage career began with Gilbert & Sullivan, initially at high school, and later with the G&S Societies of Victoria then South Australia. She moved on to musicals, participating in shows likeKismet, Brigadoon and Oklahoma before finally settling into acting. Her appearances with The Group Theatre Company, Elizabeth Repertory and other amateur companies included parts in pantomime, Blythe Spirit, The Effect of Gamma Rays on Man-in-the Moon Marigolds, Beekman Place and Not Now, Darling.

Her last role with Stirling Players was that of Mrs Patterson in their award-winning production ofIt’s My Party and I’ll Die if I Want To. She says she Is looking forward to the challenge of portraying the eccentric Miss Shepherd, a role which was premiered on the London stage by Maggie Smith – now there is a challenge!

Jill lives in Stirling and has recently retired, enjoying time - when not rehearsing – walking, reading, sewing, going to plays and concerts, or playing pétanque.