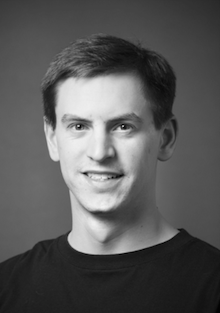 Joshua is a mercenary Chemistry and Biology teacher with a penchant for History. His selected theatre credits include: Richard II, A Midsummer Night’s Dream, A View from the Bridge, Macbeth, Away and Richard III, all for the University of Adelaide Theatre Guild. He has also appeared in Moon Over Buffalo for Therry Dramatic Society; and in Star Quality, Dracula and, as the Master of Ceremonies, in Mystery of the Hansom Cab, for Adelaide Repertory Theatre. His favourite role to date has been King Charles II in Compleat Female Stage Beauty for The Stirling Players, and he was most recently seen as Actor 2 in Collaborators.