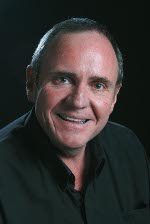 Lindsay has worked in repertory theatre throughout Australia and New Zealand since 1976, including children's theatre, and radio and television appearances in both countries. He is also an accomplished singer/guitarist, and a keen family historian with over 13,000 relatives on his database (so far).

His recent roles include: Jacob in Joseph & the Amazing Technicolour Dreamcoat , The Father in Shout! - opposite the legendary Toni Lamond, Alfred P. Doolittle in My Fair Lady , Stu Franklyn in California Suite, the corrupt Senator Fipp in Urinetown, Pontius Pilate in Jesus Christ Superstar , Oscar Shapiro in Curtains!, Andre Thibbault in Dirty Rotten Scoundrels, Flanders Kittredge in Six Degrees of Separation, Reverend Parris in The Crucible and Herbie in Gypsy (both for Gin & Vodka).

Lindsay has made three appearances with The Stirling Players.