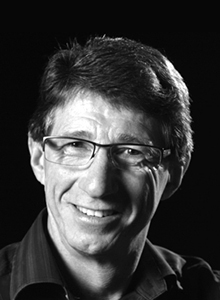 Having performed with companies from Burnside to Strathalbyn, via Stirling, Blackwood and Daw Park, Malcolm inflicts himself once again on Stirling Players' unsuspecting audience, hoping they've forgotten that last little episode. For some reason he has found himself cast as dysfunctional characters in most of his roles! (Hmmm, wonder why? - Ed.), but now faces the challenge of portraying a normal, well adjusted chap, who generally gets on happily with everyone. Now that will take real acting skill for this fella! Some of his favourite roles in the past have included Ted, the dysfunctional undertaker in Stirling Players' It's my party and I'll die if I want to" and Mortimer Brewster in Daw Park Players' production of Arsenic and Old Lace.

When he's not on stage, Malcolm frets a bit and needs hobbies to keep him occupied until the next gig comes along. He enjoys pastimes closely related to theatre, like home renovations, fishing and cycling.