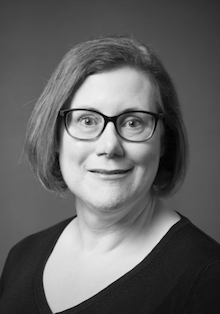 Megan has been involved in Adelaide theatre for over 40 years, stating  with the Bunyip Children’s Theatre. As well as acting, she has directed for several companies including Burnside Players’ award winning The Crucible and Don’s Party for the Adelaide Rep.  In 2011 she directed The Pillowman for the Theatre Guild, and in 2013 Richard III. Both plays received the ATG Curtain Call Award for Best Drama, the TASA DramatiCal Award and the Adelaide Critics’ Circle Individual Award for her direction.  She directed The Stirling Players' Australian premiere of Compleat Female Stage Beauty  in 2012,  and the SA premiere of Scenes from a Separation in 2011, and trod the Stirling stage as Marge in Hotel Sorrento in 2009.