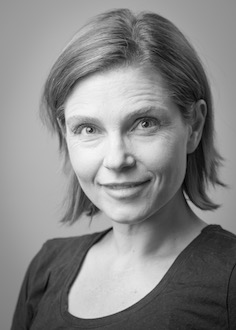 Michelle Nightingale is a vocalist, actress and presenter.  A seasoned performer, her experiences range from corporate events to cabaret to roles in a number of television programs and films.

In 2012, she made her debut into Cabaret with her own show called  A Nightingale sings…,  and her first performance with the State Opera Chorus.  She has been honoured to sing the Australian National Anthem on many occasions over the past 20 years on a local, state, national and international level.

In 2013, Michelle had her own show, Born to Run, in the Adelaide Cabaret Festival. Born To Run is a look at the iconic songs of Bruce Springsteen coupled with a story of a young Australian woman. Michelle then went on to perform the lead female role of Laura Jesson in Brief Encounter, as part of the Australian tour for the UK's Kneehigh Theatre. Later this year she will appear in the SA State Theatre production of That Eye, the Sky .

At the age of 16, Michelle started performing on television for the ABC's music education program, Here's the Beat. She has gone on to appear on other TV programs, including The Music Shop, McLeod's Daughters and as the weather presenter on ABC news.  Michelle has also had roles in such films as Three Summers, The Babadook, Closed for Winter, Ten Empty, Boys are Back inTown,Tale of Obsession and the new adaptation of Storm Boy.  Michelle was recently heard as the voice of Claire on the SBS series of Danger 5 and is now heard on many corporate voice-overs. She is regularly engaged as the MC for numerous corporate and fundraising functions.

A teacher for over 20 years, Michelle's experience ranges from directing her own music program for preschoolers, to vocal coaching and audition preparation. She is currently teaching from her own private studio and at Stirling East Primary School. She strongly believes in sharing the joy of the performing arts and is currently the Musical Director for a community choir, Birds of a Feather, in the Adelaide Hills and President of the Stirling Community Theatre Executive.