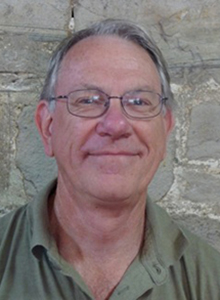 Neville is pleased to return to Stirling Players after his 2012 debut here as Hyde in  Compleat Female Stage Beauty.  He has a strong background in theatre, having sung with Marie Clark, Northern Light, Red Chilli, the Met and Kapunda Musical Society and played with ACTAD, Therry and University of Adelaide Theatre Guild.

His favourite onstage roles have been Rev. Eli Jenkins in Under Milk Wood, General Harrison Howell in Kiss Me Kate, and Mr. Sowerberry in Oliver!, while his favourite production roles include programme design and set manufacture.

When not singing or acting, he works as a professional engineer in a much more subdued environment than lovely, leafy Stirling.  He is particularly looking forward to appearing in this wonderful play by Alan Bennett.