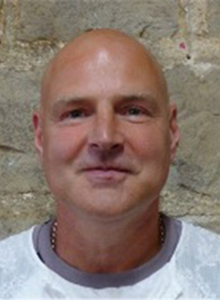 Saul was born in London but is now an Australian citizen, having lived in South Australia for seven years working as a self-employed Adelaide Hills-based general builder, and also enjoying his hobby as an amateur photographer.

His debut on the Stirling Player's stage was as a bouncer/ruffian in the Compleat Female Stage Beauty but he is, however, keen to further his experience in the performing arts.