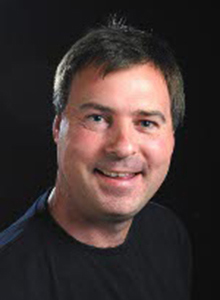 Steve made his acting debut in 2008 with The Stirling Players “It's My Party (And I’ll Die if I Want To)”, after a colleague dragged him kicking and screaming to his first audition. Despite the terror of this baptism of fire, the bug had bit. Since then he has performed regularly with Stirling Players and The University of Adelaide Theatre Guild with the odd stint with Therry, Tea Tree Playersand most recently the Adelaide Repertory Theatre Society.

In addition to his debut performance, Steve’s personal highlights include playing Bryan in“Female of the Species” for Stirling in 2010 and Marco in the Guild’s “A View from the Bridge”last year, all of which went on to win ATG best show in their respective categories, as well as various roles in Stirling Players’ The Compleat Female Stage Beauty and playing Don in the The Rep’s production of Don’s Party, both earlier this year.