Nell Gwynn is a fabulous romp that premiered at Shakespeare’s Globe in September 2015 before transferring to the West End and winning the of 2016 Olivier Award for Best New Comedy.

It is a fun, bawdy, inside look at theatre and acting of the period. Hearing Nell Gwynn heckled at the playhouse, Charles Hart decides to train her as an actress, just before women are first allowed on the London stage - the pair also become lovers. When Charles II grants permission for women to act, Nell joins Hart in the King's Company. Her admission to the Company is backed by its writer John Dryden, director Thomas Killigrew, and most of the actors except Edward Kynaston, who had previously played the company's female parts. Charles II continues his affair with Lady Castlemaine, although his queen, Catherine, objects. Soon afterwards Charles sees Nell onstage and is greatly attracted to her. He visits her backstage and the pair begin an affair. 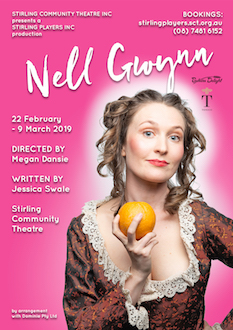