The Stirling Players are proud to present Sarah Ruhl’s The Clean House, a quirky, romantic “dramedy” centred around Matilde, a Brazilian woman who’s wound up as a cleaner instead of a comedienne.  The Clean House was a finalist for the 2005 Pulitzer Prize for Drama.  Sarah Ruhl’s script weaves together the frayed edges of conflicting lives with whimsy and wisdom.

Matilde is Lane’s cleaner, but her dream is to be a comedienne.  Lane is a doctor for a very important hospital and is married to Charles, also a doctor.  Virginia is Lane’s sister, an unfulfilled housewife who loves nothing more than to clean.  Matilda and Virginia cook up a plan to keep Lane’s house clean, while Matilde works on the perfect joke.  All is going perfectly until they find a pair of panties that definitely do not belong to Lane.  It turns out Charles is having an affair with Ana, a free-spirited woman who’s been diagnosed with cancer.

Showcasing the talents of Julie Quick as Ana, Jo Pugh as Lane, Jenny Penny as Virginia, introducing Andrea Freitas as Matilde, and featuring Peter Davies as Charles, this cast will bring to life the funny, tender, deadpan soap and penetrating wisdom that is The Clean House. 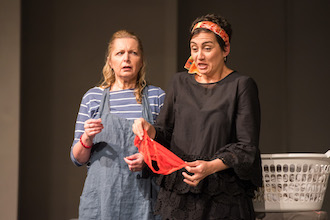 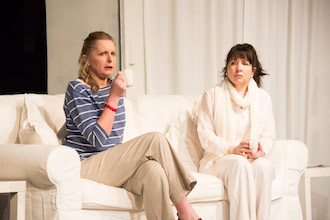 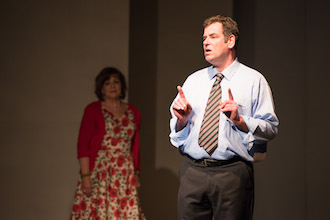 What the Critics Said

"Director Kevin Burrett has done an excellent job of interpreting the somewhat unconventional text and assembled a talented cast to portray Ruhl’s oddball set of characters and deliver her delightful dialogue – Andrea Cabanas Freitas (Matilde, who delivers many lines in Portuguese), Josephine Pugh (Lane), Jenny Penny (Virginia), Julie Quick (Ana) and Peter Davies (Charles). They’re all on very different paths, but each is engaging and gives their character genuine depth, while also showing great comic timing on the many occasions wit is called for.

The five are frequently joined on stage by Ana Gabriela as ‘Musician’, who appears throughout playing guitar or tambourine and singing – but with added effect via her actions and expression.

Burrett also designed the set, which is minimalist without being too sparse, and there are some nice symbolic touches (as there are with costumes, by Viki Burrett) as the play progresses. There were a few issues with the projections, since on occasion the cast were blocking the screen or the stage was lit too brightly for the slides.

Short – with interval it runs for less than two hours – and sweet, this is a wonderful production of a play filled with laughter, tears and a kind of warmth not often seen on stage. Highly recommended." 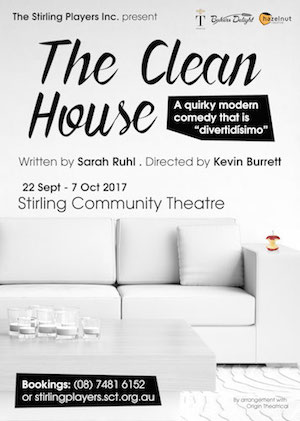